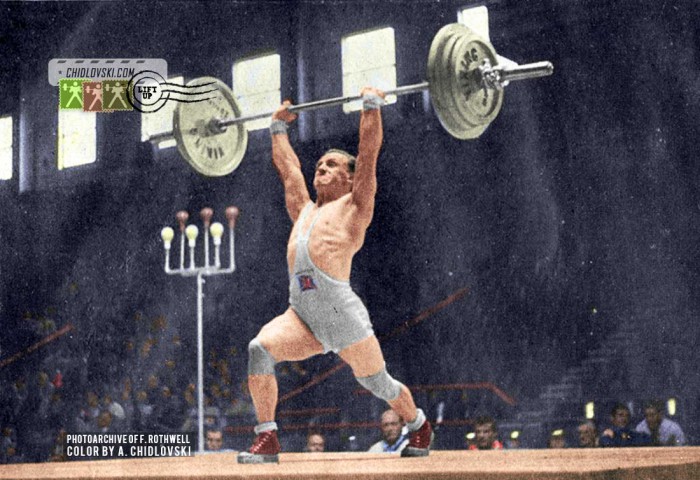 August 10, 1948, London, UK – British bantamweight Julian Creus competes for the medals in the 56kg weight class at the 1948 Summer Olympics in London.

It was a debut of the bantamweight at the Summer Olympics and Creus won a silver medal with the 297.5kg total He actually set a new world record with the 95kg lift in the snatch. However, he was overweight after the post record weigh-in procedure and it wasn’t qualified as an official records.

In 1950, Julian Creus won a silver medal for England in the featherweight at the Commonwealth (Empire) Games in New Zealand.