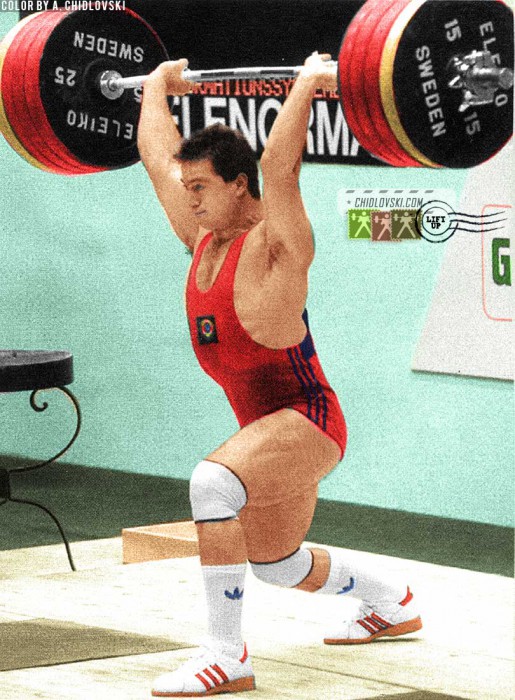 August 1, 1991, Donaueschingen, Germany – Ibragim Samadov of Team CCCP lifts 205kg in his last clean-and-jerk attempt and becomes a World champion in the 82.5kg class at the 1991 World Championships in Donaueschingen.

In many ways, it was a historical milestone performance.

On the one hand, Samadov became the first Chechen World champion. On the other hand, he became the last Soviet light heavyweight to win the World title!