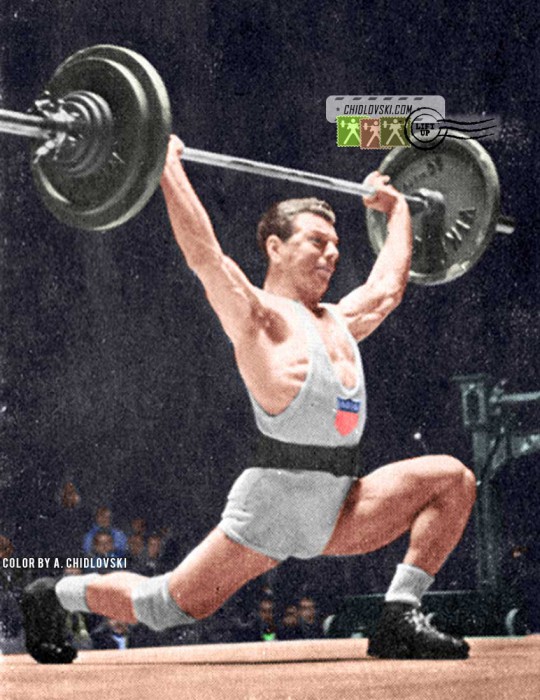 As shown on the History in Color cover photo, Frank Spellman won the Olympic gold in London 1948 in the middleweight class.In London, Spellman had had a perfect 9 for 9 score and set an Olympic record in total of 390kg.

Complete profile of Frank Spellman in Olympic weightlifting is available at the Lift up.