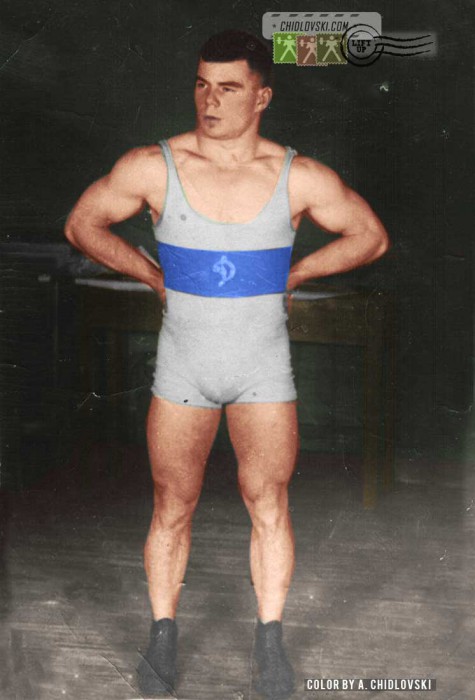 The series cover photo features one of the greatest Soviet weightlifters of the pre-WWII era, George Popov (1912-1974).

George Popov belongs to the group of outstanding Soviet athletes that were called “record breakers” before the beginning of the war. The USSR weightlifting  became an official member of the international federation only in 1946 and most of the records set before were not qualified to be official.

George Popov set 69 national records at that time. 28 of those were higher that the world records.