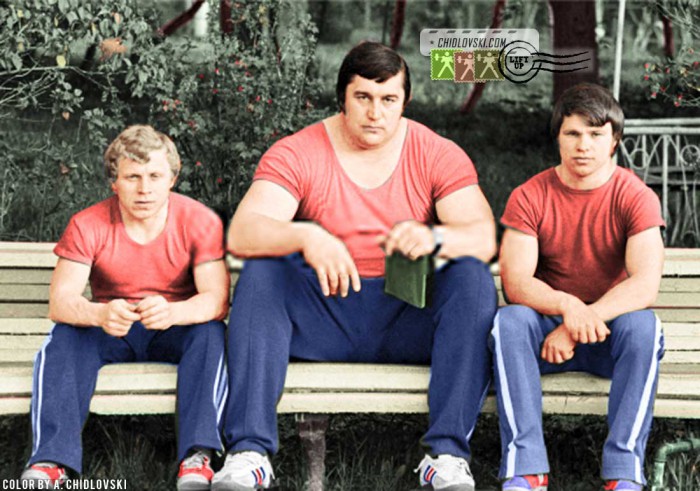 The black-and-white original of this History in Color photo went viral on the web with the whole bunch of other funny pictures that make people laugh. It didn’t have a description – just a comic view of three guys of different sizes sitting on the bench somewhere in Russia.

Actually, all three characters on the photo were team members of the Soviet national team in the mid to late 1970s (left to right):

Flyweight Voronin (52KG) and Featherweight Kolesnikov (60KG) were Olympic champions of Montreal 1976. Super heavyweight Okorokov (110KG+) was a medalist of numerous national championships and won the USSR Cup in 1978.

It does look comical. And it’s also a good promo for the sport of Olympic weightlifting.

Size doesn’t matter. Everybody can be a champion. Whether you are a 100-pound flyweight or a 300-pound superheavy, you can win the titles and earn medals and merits.