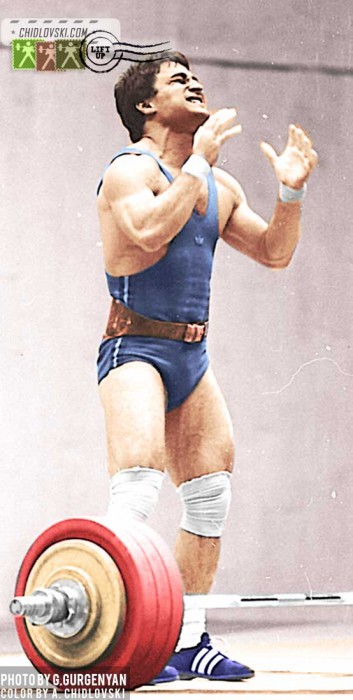 At the 1983 World Championships in Moscow shown on the cover History in Color photo Dragomir Cioroslan was the 3rd in the snatch program and the 4th overall.