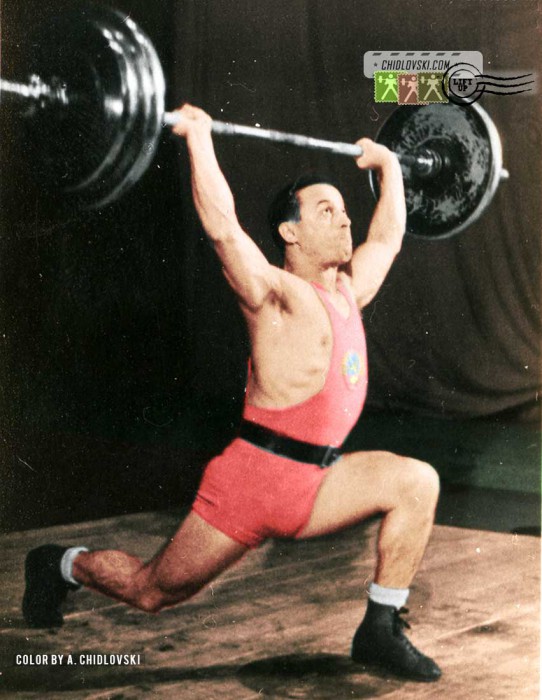 History in Color features Vladimir Stetilko, one of the most prominent Soviet weightlifters of the 1940s.

Vladimir Svetilko (1915 – 1996) competed for the Army Club of Batumi, Georgia and the Dynamo Club of Tbilisi, Georgia.

Vladimir Svetilko was one of the Soviet pioneers on the international weightlifting arena. At the first World Championships with the Team USSR Weightlifring (Paris, 1946), Svetilko won a silver medal. Then, in 1950, he won a bronze medal at the Worlds and a gold at the Europeans in Paris again.

Vladimir Svetilko set a world records in the press in 1950.