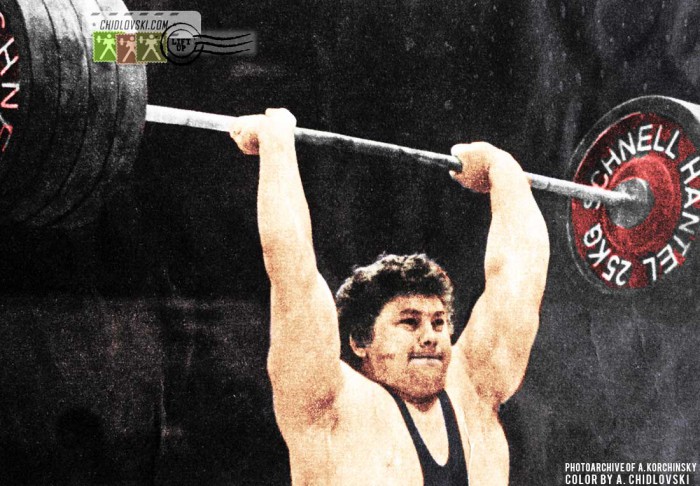 Ustyuzhin competed for the Dynamo Club of Rovno, Ukraine.

His forte was his clean-and-jerk lift. In 1973, 28-year old Valery Ustyuzhin cj’s 210kg and became the USSR champion in the clean-and-jerk.

A year later, in 1974, Ustyzhin won the USSR championship in Tbilisi. His total was 382.5kg (160+222.5) and he was selected to compete with the national Team CCCP Weightlifting.

The year of 1974 was a great year in his career. Ustyuzhin won a gold medal at the 1974 European Championships in Verona and at the 1974 World Championships in Manila. He won these titles over such weightlifting grandmasters as Valentin Khristov, Jurgen Ciezki, Yury Zaitsev…

Valery Ustyuzhin set two world records in his career – both in the clean-and-jerk lifting.