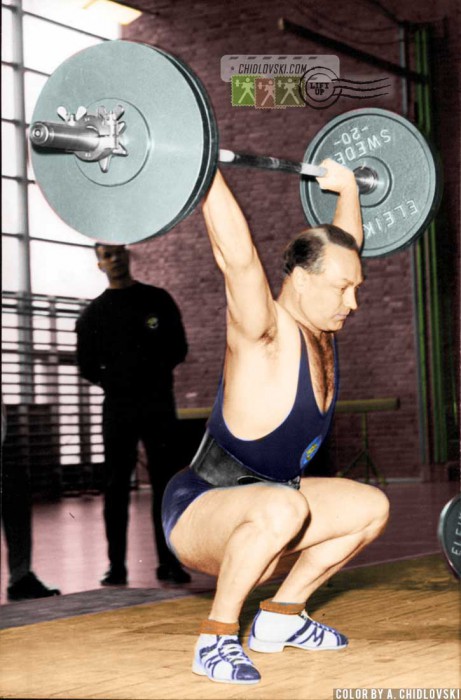 History in Color features one of the most internationally decorated Olympic weightlifters of Sweden in the 20th century, Ingemar Franzen.

Ingemar Franzen (1927-1985) competed in the middleweight. He represented Sweden at the the 1956 Summer Olympics in Melbourne. Unfortunately, he failed his three attempts in the press (1 @110kg and 2 @115kg) and didn’t qualify for Olympic placing.

A year before the Olympics, Ingemar Frenzen won a bronze medal at the 1955 World Championships in Munich. He took the  third place after Peter George of the United States and Fedor Bogdanovsky of the Soviet Union.

Looking at the cover photo in color, we can see that Franzen was one of the pioneers of the squat-style snatch in the era when split style was dominant.