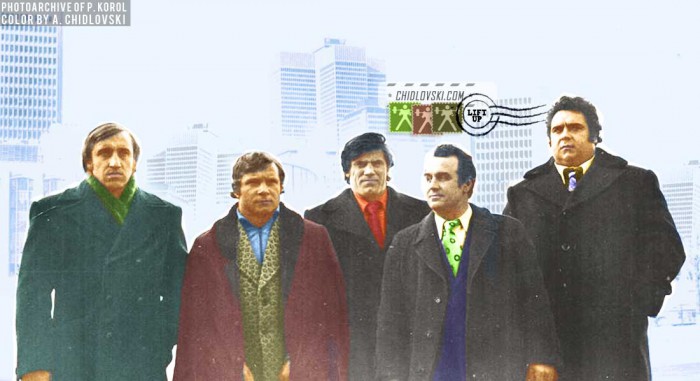 Montreal, Canada, December 1975 – A group of Soviet Olympic weightlifters arrived to Canada to participate in the 1975 Pre-Olympic Tournament in Montreal (left to right):