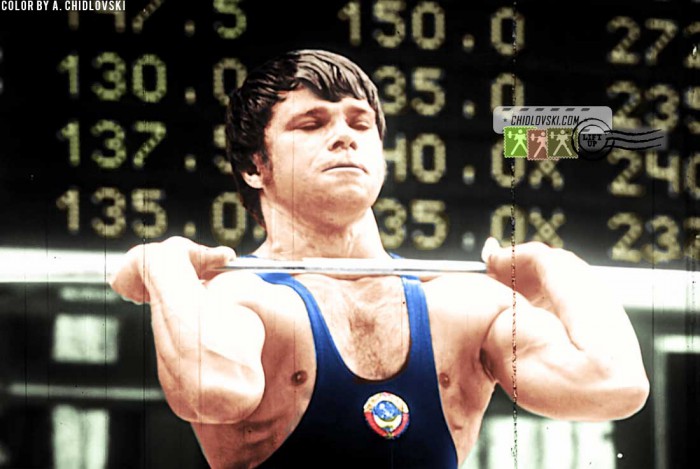 History in Color:
One of the best featherweights in the world in the 1970s, graduate of the famous weightlifting school in Shakhty, Russia, Nikolay Kolesnikov competes at the 1975 World Championships in Moscow.

A year later, Kolesnikov became an Olympic champion in the 60kg weightclass at the 1976 Summer Olympics in Montreal.