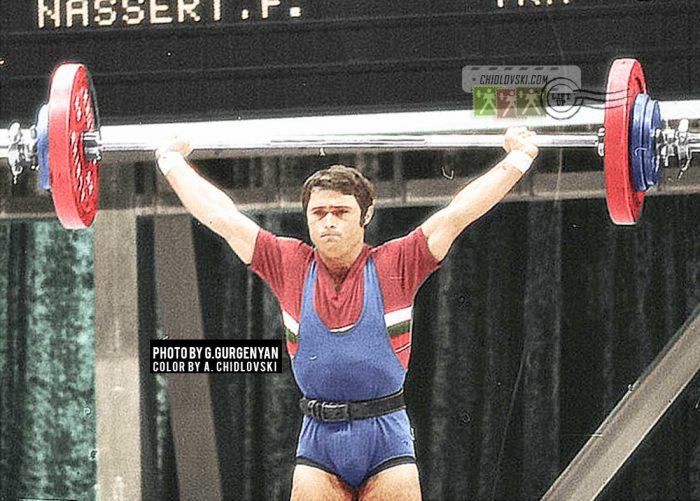 History in Color:
September 16, 1975, Moscow, Russia – Atanas Kirov of Burgas, Bulgaria competes in the 56kg class at the 1975 World Championships in Moscow.

Atanas Kirov (1946-2017) is a historical figure in the history of Bulgarian Olympic weightlifting. He was the first Bulgarian weightlifter who won the European Championship for his country. It happened in Warsaw, Poland in 1969.