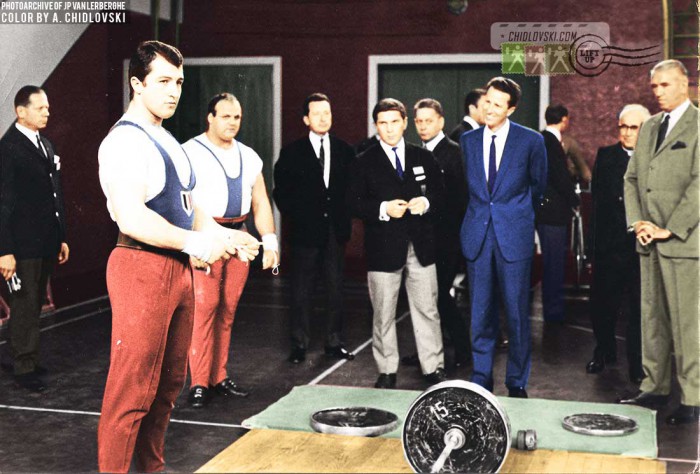 History in Color:
King Baudoin of Belgium and his men are visiting Belgian Olympic team before the 1968 Summer Olympic Games of Mexico.

The black-and-white original is a courtesy of Jean-Pierre Van Lerberghe. He recently stopped by the Lift Up project and we’ll definitely talk about it later.