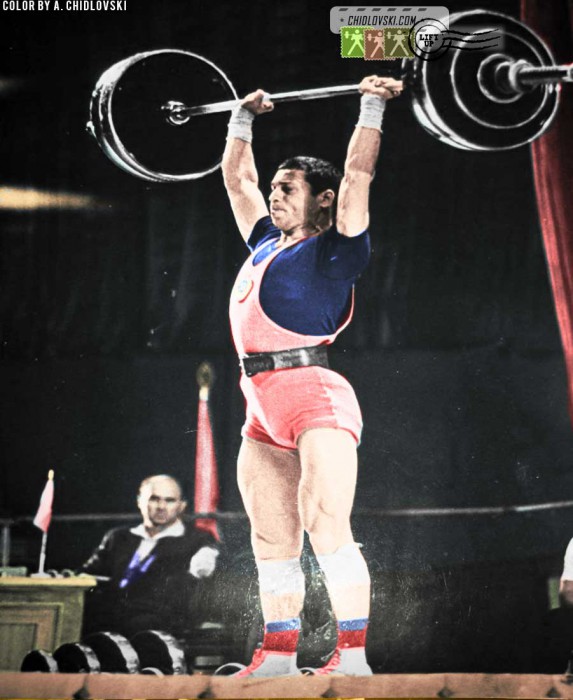 History in Color:
Eugene Katsura of the Army Club, Moscow competes in the 60kg weight class at the 1964 USSR Championship in Kiev, Ukraine.

Eugene Katsura (1937-1967) was a strong Soviet feather and lightweight athlete.