Stanley Stanczyk Wins the Gold For the USA (1948) 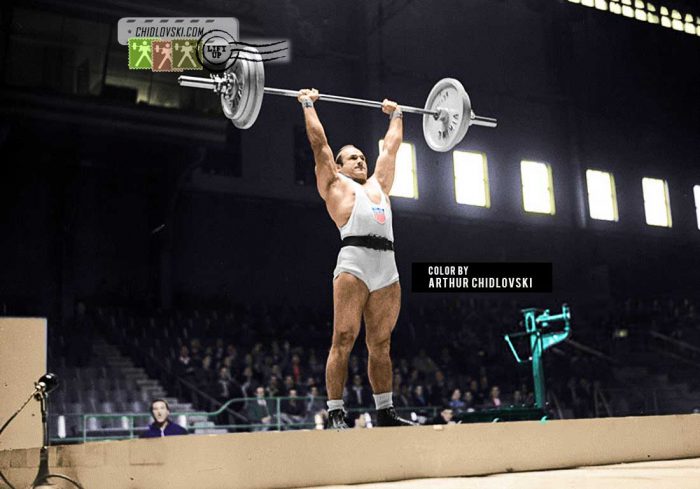 On his way to the Olympic title, Stanczyk broke all Olympic records in each lift and in total:

Stanczyk was a good sports guy and an easy going personality both when he competed in Olympic weightlifting and when he ran a hotel/bowling alley business after his retirement from sports.