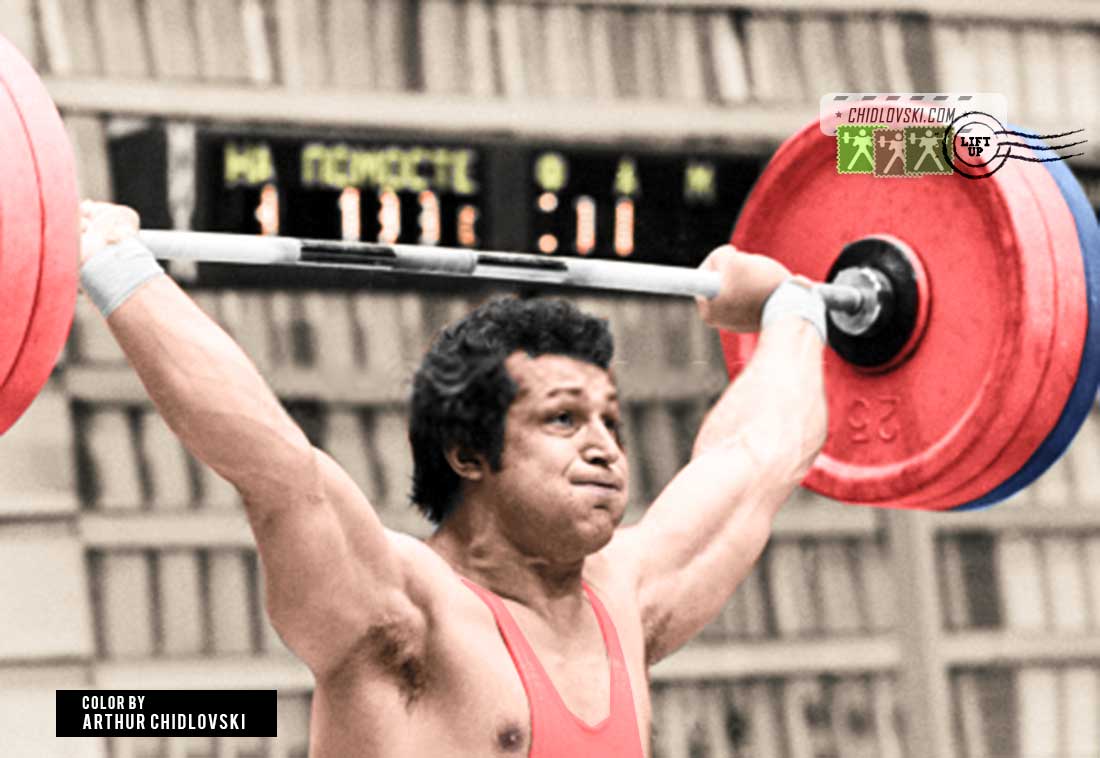 Victor Sots had an outstanding performance and set two world records for the 100kg class in Frunze in 1982. He snatched 193kg and jerked 233 kg.