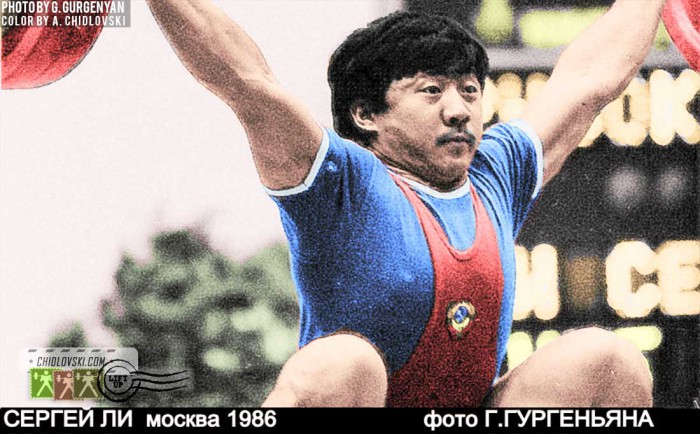 One of the best Soviet light heavyweights of the 1980s, Sergey Lee of Frunze, Kirgizia,  competes in the 82.5kg class at the 1986 USSR Championship at the Izmaylovo Arena in Moscow, Russia.

In 1987, Segey won the USSR Cup in the middleweight class.