V.Alexeev: The Strongest Man On the Planet In the 1970s 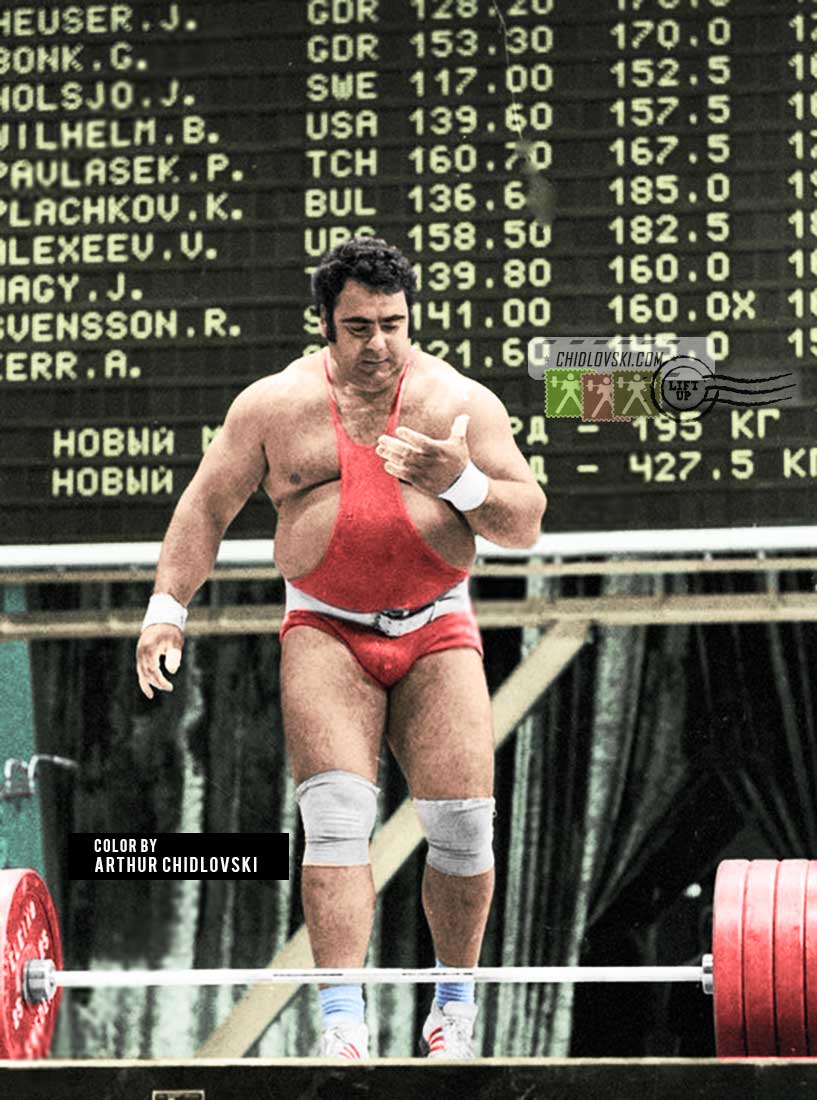 Legendary super heavyweight Vasily Alexeev was the strongest man in the world of the 1970s. He was always the last one to enter the competition platform. Nobody was close to him in the clean-and-jerk lift in his times.

On the History in Color cover photo, Alexeev is competing at the 1975 World Championship on September 23, 1975 in the Luzhniki, Moscow, Russia.