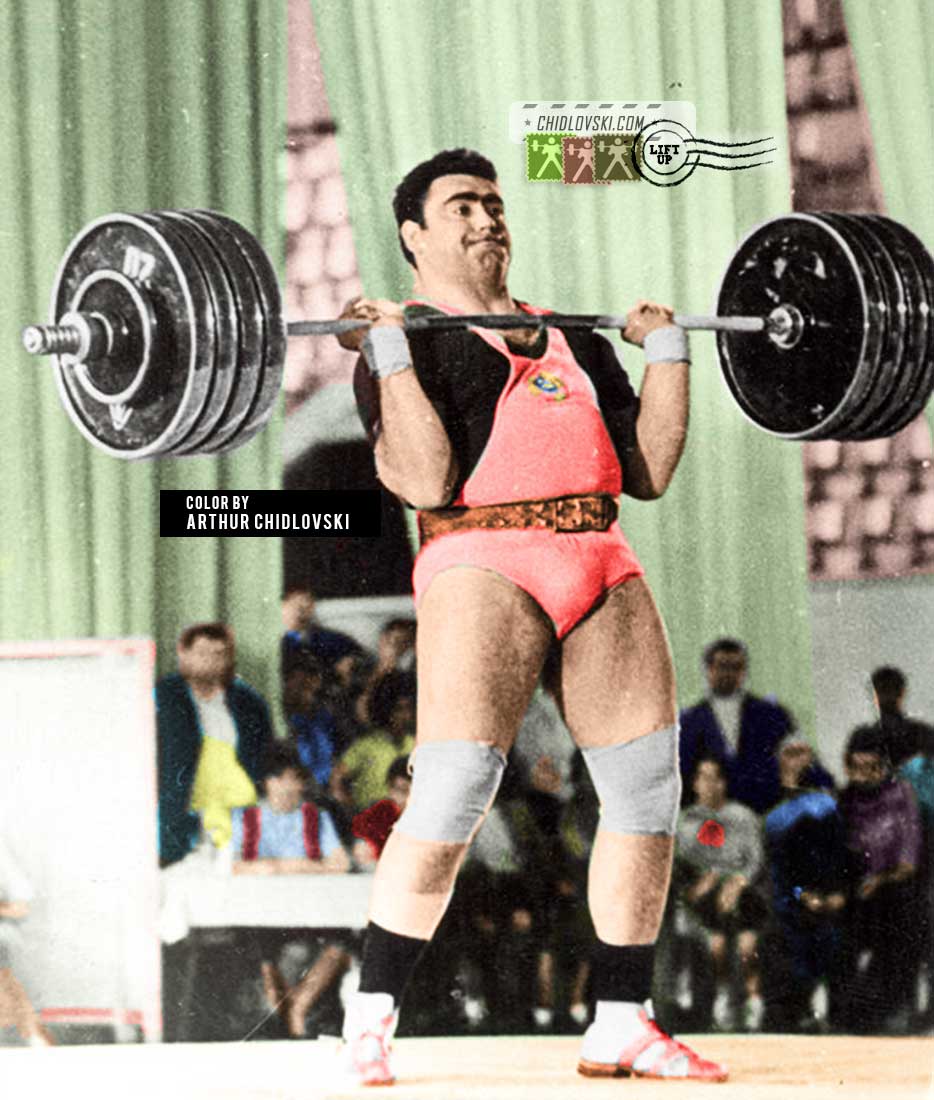 He won his first medal at the USSR national championship in 1968 in Lugansk, Ukraine. He was 26 at the time.

His first appearances at the World and European championships took place in 1970.

The Hisory in Color cover photo depicts the 195kg press lift by Vasily Alexeev of these early years of his career in the top level of Olympic weightlifting.