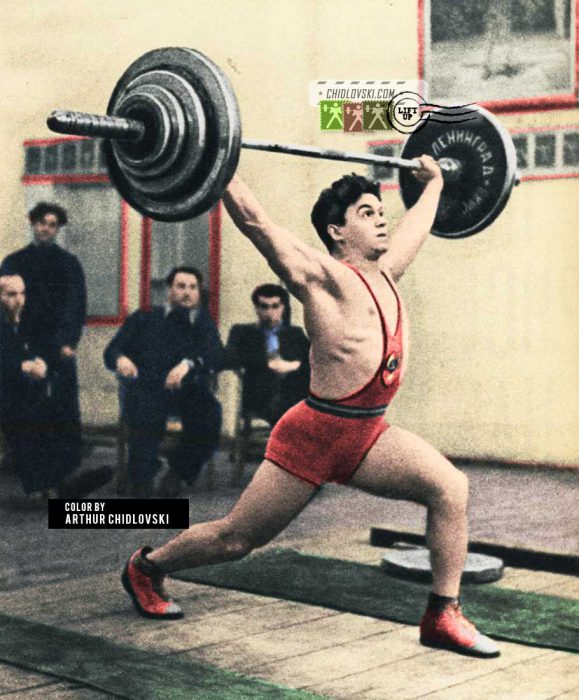 On the “History in Color” cover photo, Soviet lightweight champion Dmitry Ivanov performs a split style snatch in the training hall in the early 1950s.

Dmitry Ivanov (1928-1993) was one of the most known journalists that provided coverage of Olympic weightlifting in the Soviet press for decades.

Ivanov wrote articles for the “Soviet Sports Daily” that was the major daily Soviet newspaper and the major information source on sports events in the world. So, several generations of Olympic weightlifters and fans were getting info and protocols of the Olympic and World Championships and local tournaments through Ivanov’s writings.

Prior to his journalist career, Ivanov was a distinguished athlete and champion. He competed in the 67.5kg class for the Moscow Spartak club and won the USSR championships in 1953 and 1954. In 1952, he won the bronze medal at the USSR nationals.

Dmitry Ivanov also set 4 world records (3 in the press and 1 in the snatch lift.)