On the cover photo Vladimir Kononov of Team USSR snatches 170kg in the 100kg weight class in 1977..

Vladimir Kononov was one of the most talented Soviet athletes that, for various reasons, was rather under exposed on the international arena. 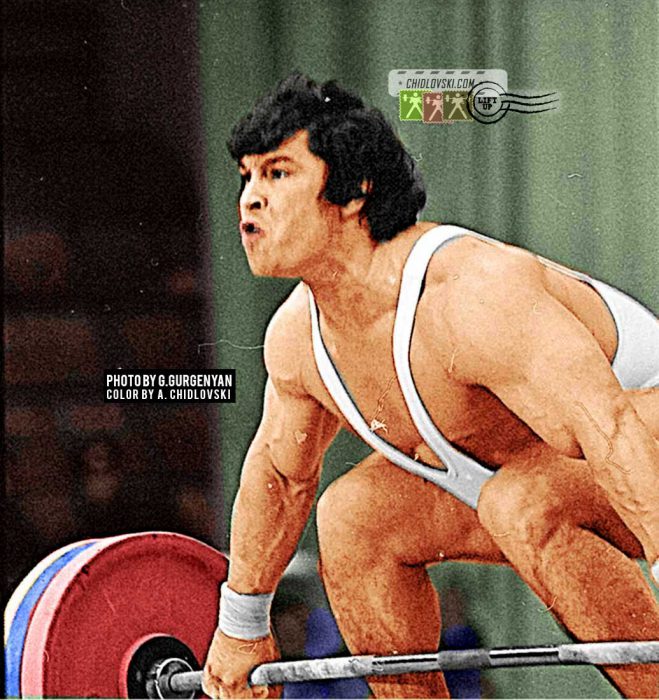