Scream For No Scream

It was created by Edvard Munch and became known as The Scream. Classics of expressionism later became an artifact of modern pop culture.

Originally, it was called by its author as Der Schrei der Natur (The Scream of Nature).

I don’t know about you but this Scream painting always put me in a horrifying stage of annoying discomfort and even some kind of fear. And just recently I Mr. Fearless in me told me that things are much easier than they seem to be.

“Just ignore it!” said Mr. Fearless in me. “If not, scream for no scream!”

I tried it once looking at the Scream on the smartphone in my driveway.

“Are you OK, Arthur?” – asked my neighbor lady.

It was early in the morning and it was rather a subtle scream.

She overheard it because she was on the driveway too.

I was making a selfie photo of the new experience and I was smiling. She smiled too.

We were totally fearless!

Scream for no scream! 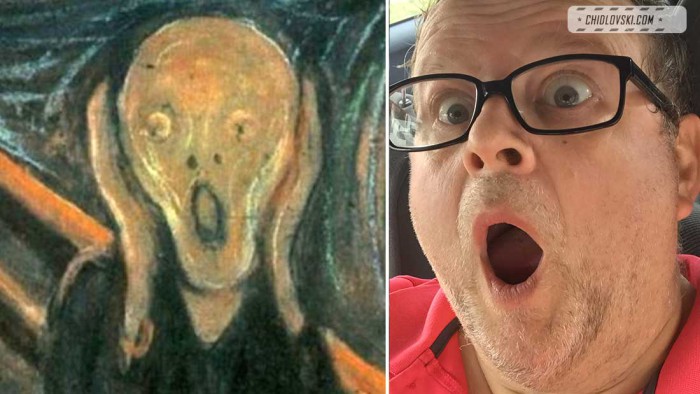