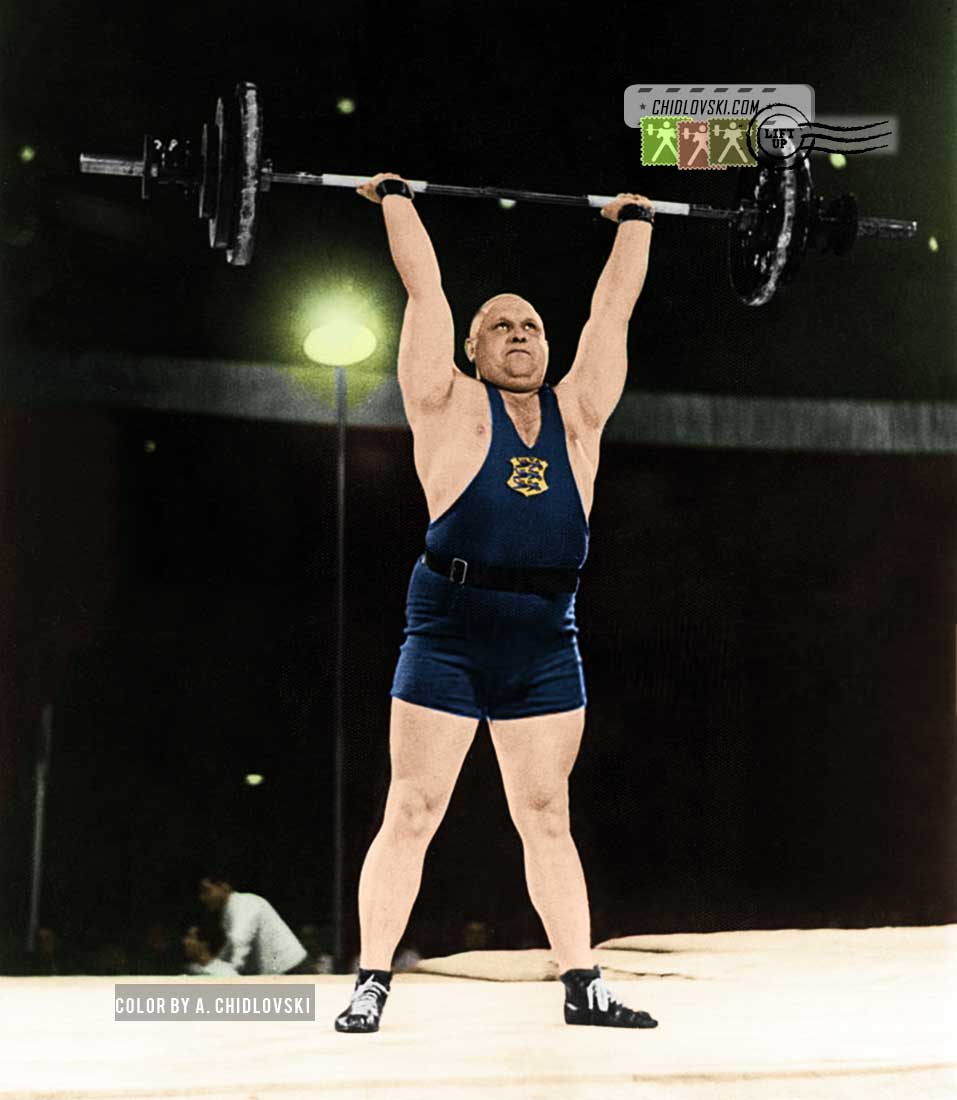 On the photo, Arnold Luhaasr competes for Estonia at the 1936 Summer Olympics in Berlin.

Arnold Luhaaar (1905-1965) was one of the strongest Olympic weightlifters of the 1920s and 1930s. He competed at the two Olympics before the beginning of World War II.

In 1928, he won a silver Olympic medal in the heavyweight in Amsterdam. Estonia didn’t sent its team to the Games in 1932 due to the Great Depression and Arnold missed the Olympics in Los Angeles.

At the Summer Olympics in Berlin in 1936 (on the photo), Arnold Luhaaar won the bronze medal. He did win the clean-and-jerk with the Olympic record (165kg) which was 2kg less than the world record of the time set by legendary Egyptian strongman Sayed Nosseir.