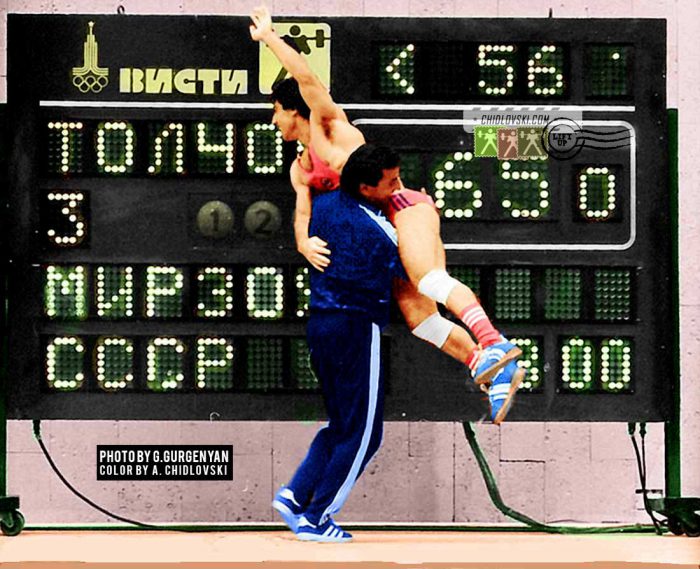 History in Color: Oxen Mirzoyan and his coach Asot Vilasyan celebrate the world record at the 1983 World championship in Moscow.

It was a fascinating night for Oxen Mirzoyan, indeed. He broke world records in the clean-and-jerk (165kg) and total (292.5kg) and won the World title in the 56kg class.

Needless to say, Naim Suleymanoglu (formerly known as Suleymanov and Shalamanov) very seldom lost in top tournaments. In fact, here is the list of tournamrnts where he didn’t win gold medals:

And then, of course, there was this big battle between Naim and V. Leonidas of Greece at the 1996 Olympics. Suleymanoglu won but was a very hard win. 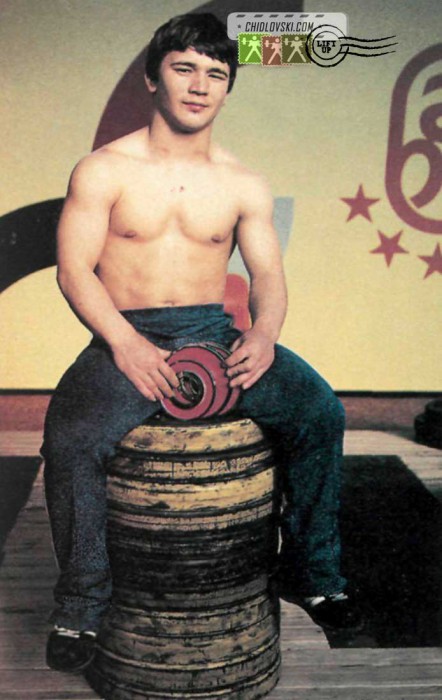