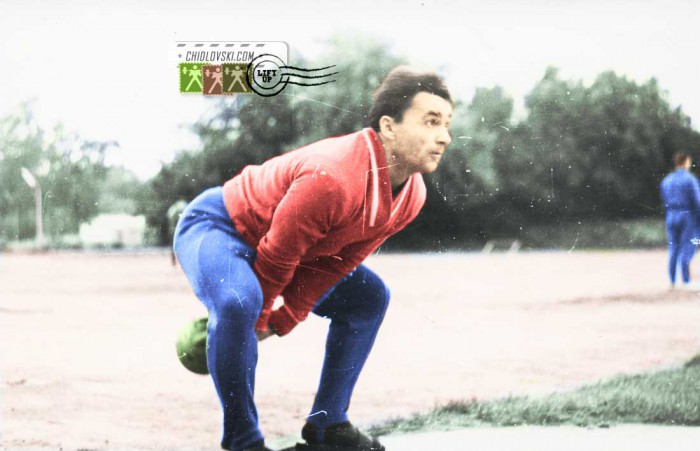 History in Color:
One of the greatest weightlifters of Poland, Marian Zielinski is training in the national team camp.