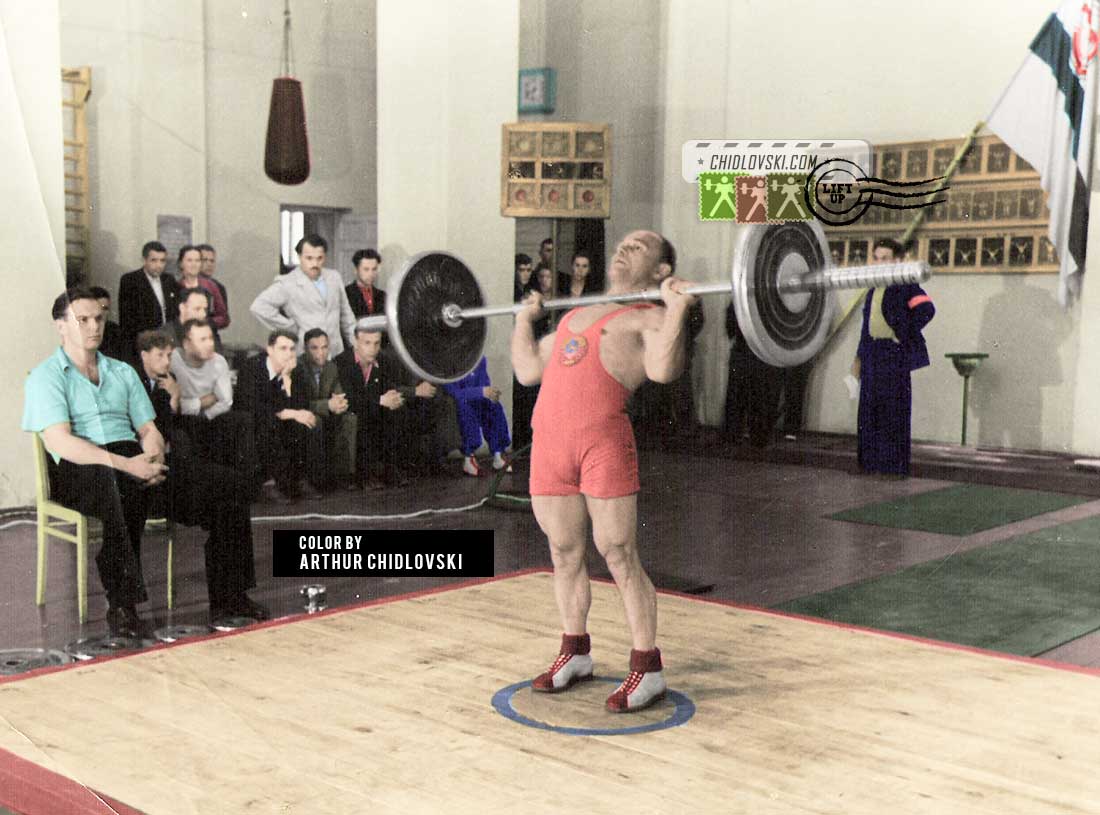 Nobody could beat Kosarev when he competed.

The original black and white photo was donated to the Lift Up by Sergey Kosarev, the son of legendary Mitrofan Kosarev. Sergey is a Master of Sports in Olympic Weightlifting. For many years, he was the head coach of the MAI team and now he is the President of the Powerlifting Federation of Russia.