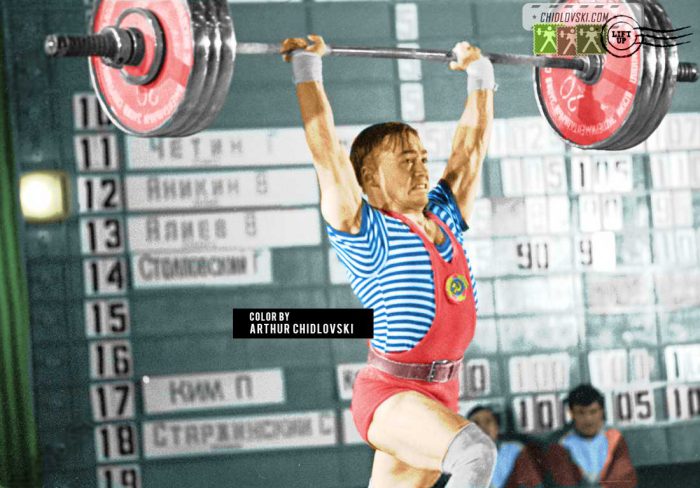 On the photo, Anikin performs a clean-and-jerk lift at the 1973 USSR championship where he won a silver medal.