Athletes and Coaches: Rakhmanov and Brovko 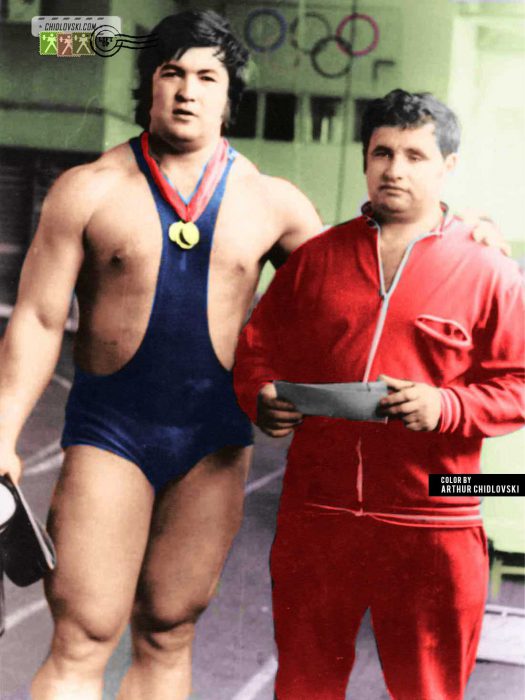 Olympic champion Sultan Rakhmanov and his coach Eduard Brovko of Dnepropetrovsk, Ukraine are being featured in this issue of the Lift Up: History in Color series.

Both were outstanding lifters. Eduard Brovko (1936-1998) competed in the middle heavyweight. He was won three USSR championships (1962, 1963, 1966) and the USSR Spartakiad in 1963. Brovko was a member of Team CCCP and won bronze medal at the 1963 World and European Championship in Stockholm.