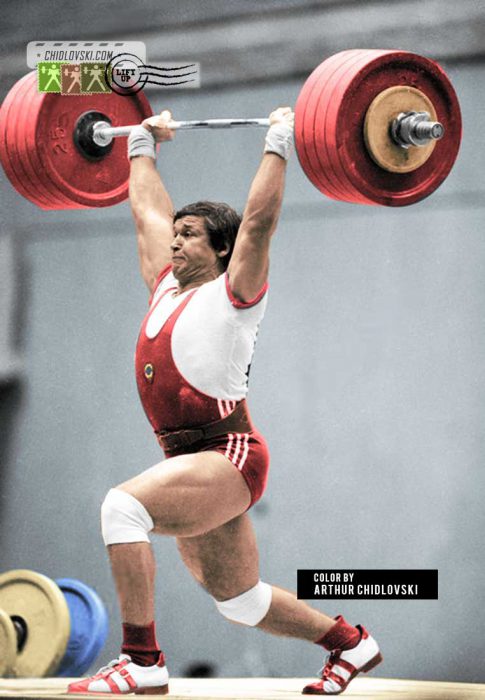 Pavel Kuznetsov of Vladimir, Russia completes the clean-and jerk lift on his way to his first Wold title.

The action takes place at the 1983 World championship in Moscow, Russia.

The History in Color series is to be continued…