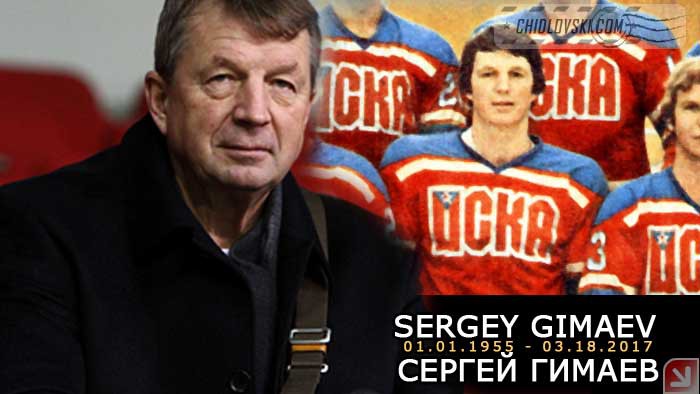 Sergey Gimaev, defenceman of legendary Red Army club and TV commentator, died in Tula, Russia at the age of 62.

After retirement from hockey as a player, Gimayev worked as a TV sports broadcaster on the major Russian networks.