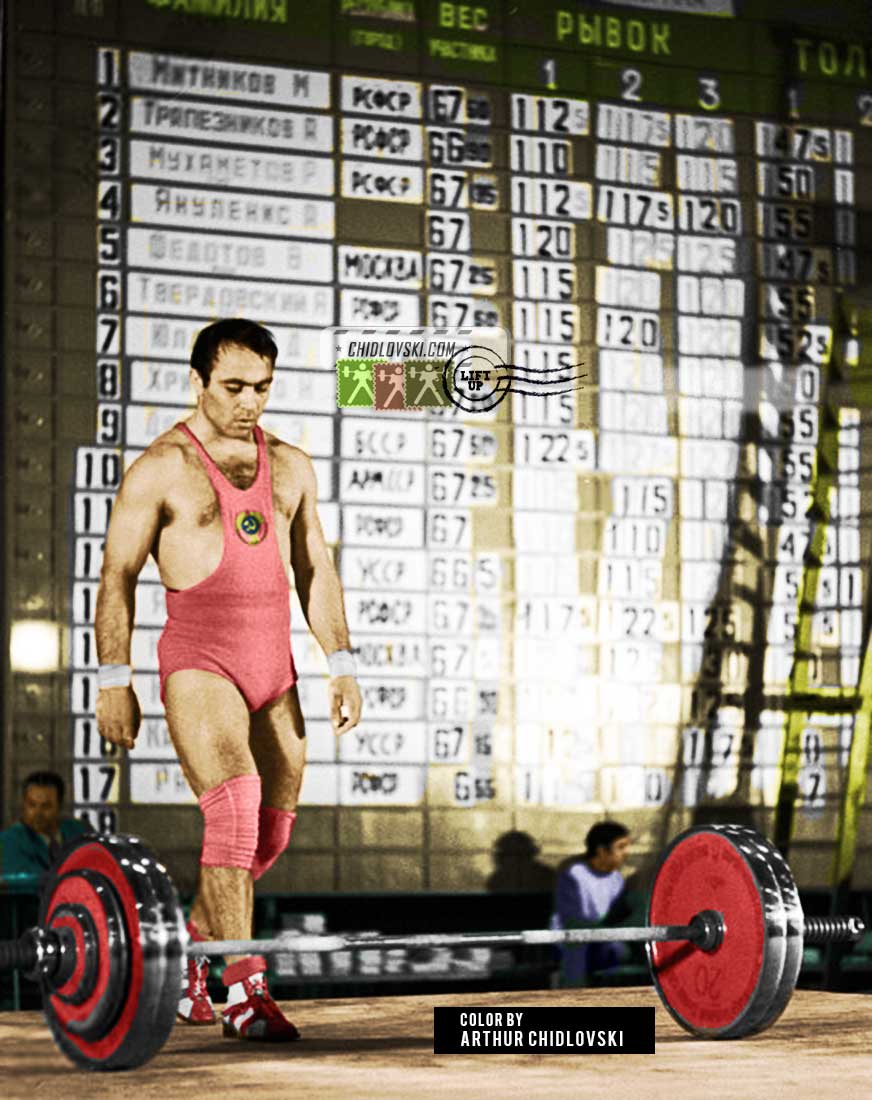 The Lift Up: History in Color series:

Mukharby Kirzhinov is competing in the 67.5 kg weight class at the 1973 national championship in Donetsk.

The 67.5kg class was usually a tough one for the Soviets to compete for medals in. Kirzhinov was a clutch lifter and managed to win over very tough opponents like Waldemar Baszanowsky, Zbigniew Kaczmarek (both of Poland), Mladen Kuchev of Bulgaria, Nasrollah Dehnavi of Iran and more.