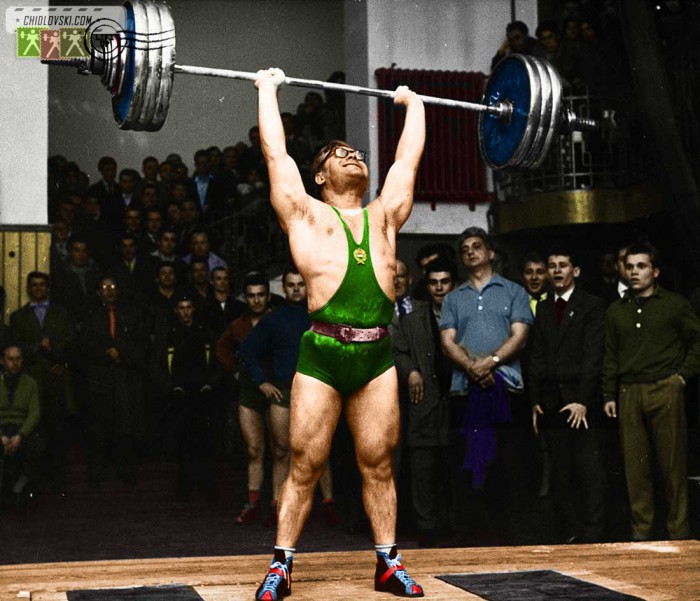 The cover photo from the Lift Up: History in Color series features early Gyozo Veres (1936-2011) setting up a new press world record in Budapest in May 1962. He pressed 155kg in the light heavyweight class that night.

Veres was the first Hungarian Olympic weightlifter to win the World Championship (1962) and to earn the medal at the modern Olympic games (1960).

Gyozo Veres was a leader of Team Hungary Weightlifting in the 1960s when his country reached the elite level in international competitions.

Needless to say, despite his success in competitions, Veres had a very complicated relationships with the Hungarian authorities – both government and weightlifting. Hungarian communist ruler of the time Janos Kadar once poked his finger into the Veres chest and said:

“We don’t fight with everyone all the time, Comrade Veres.”

After retiring from being an athlete, Veres coached in Turkey.

However, his weightlifting knowledge and expertise wasn’t in high demand in his new home country. He worked as an auto mechanic in Melbourne for the rest of his life.