It ain’t a martial arts or boxing match.

It’s a comedy improv match from an old TV broadcast I was on.

In fact, it was one of the first broadcast programs that appeared on.

I did stand up in my high school and college years. At the time of the show, I just graduated from college, retired from competing in Olympic weightlifting and began to work for an engineering firm in Moscow.

Comedy stand up was my after hours activity.  At one of these performances, I got spotted by a producer who thought about launching a new comedy show.

In those days, live TV in Russia included just the news shows.

So, we did this show in late May and I went on vacation to the sea resort down south of Russia. I came back to Moscow in a month and noticed that people looked at me in a strange way. In the airport, some of them even asked me for an autograph…

At first, I thought it was a prank.

Later I realized that while I was away the show was broadcast in prime time and it went viral. 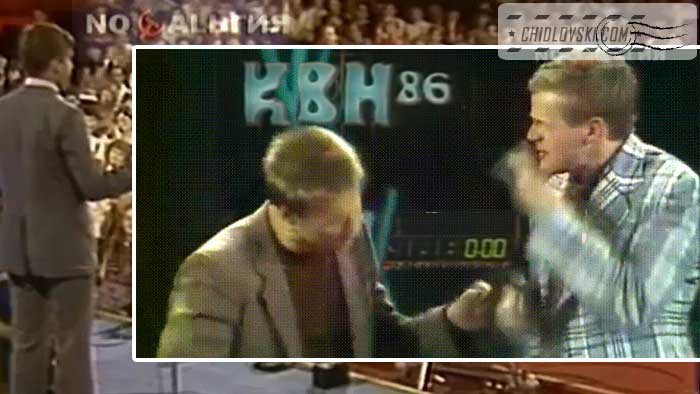