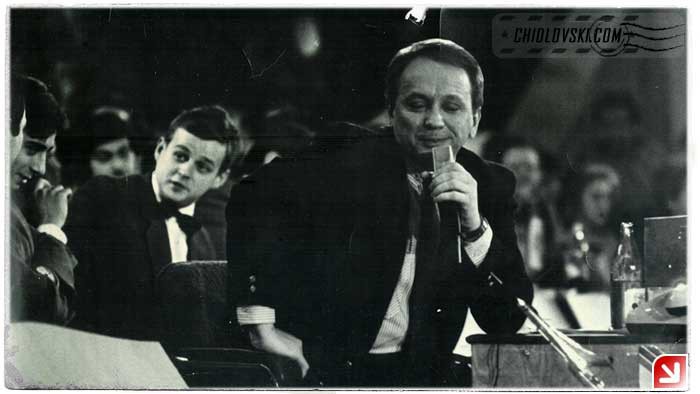 What a year! What a month!

Both had a significant impact on my career in showbiz in Russia.

Both produced comedy TV shows that were super popular in the Soviet Union.

Funny Guys by Knyshev and KVN by Alexander Maslyakov are obviously textbook examples of humor on TV in Russia. I am very proud of being a part of them in the past.

Makes me feel proud and old at the same time…

On the featured photo, Alexander Maslyakov is hosting the show back in 1986. The guy with a bow tie behind Maslyakov is me. It was the year of the KVN show return to the Soviet television after a 14 years hiatus when the show was banned from broadcasting by the Soviet authorities.

The story of comedy on television in Russia was very peculiar. On the one hand, like anywhere in the world, people in the USSR loved to laugh and loved comedians. On the other hand, everything had to be under control of censors from various levels – from the guy responsible for a specific  program on TV and up to the main guy in Kremlin.

Laughter under control is a strange phenomenon. It just doesn’t work like this…

The KVN show was banned in 1972 and re-launched in 1986. Ironically, both times the driving force was that main guy in Kremlin. In 1986, it was Gorbachev, the man that initiated glasnost and perestroyka in the country where people were afraid to talk about politics loud. Gorbachev said “Go ahead! Speak Up! No topics are out of the table!” and it went down to the TV producers who brought back the good old KVN comedy show.

I was part of the first show in May 1986. First time, I saw Maslyakov he didn’t impress me.

I was certainly naive with my idealistic expectations.

Charismatic neutral smile on the face allowed Maslyakov to run the the show for 55 years.

How many showbiz legends can say that? Maslyakov can.

On the photo above, I am a member of the judges panel of the show. Young and naive in pursuit of funny happiness.

Today, Putin is one of the members of the judges panel of the show.

Evolution in action – from me to Putin.

Time flies and changes. Maslyakov stays. He is still on the never ending peak of popularity.

Postcard from 5 years ago… 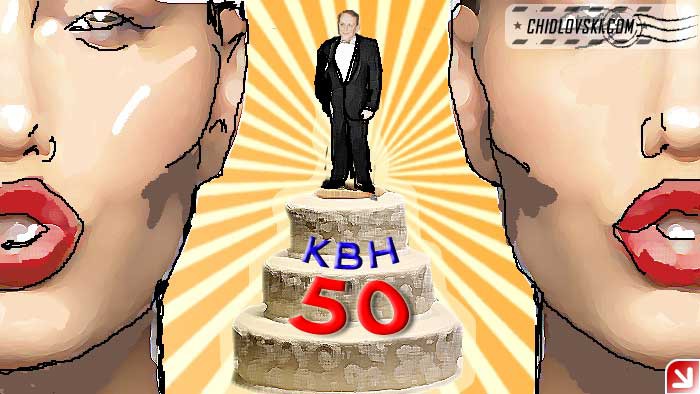