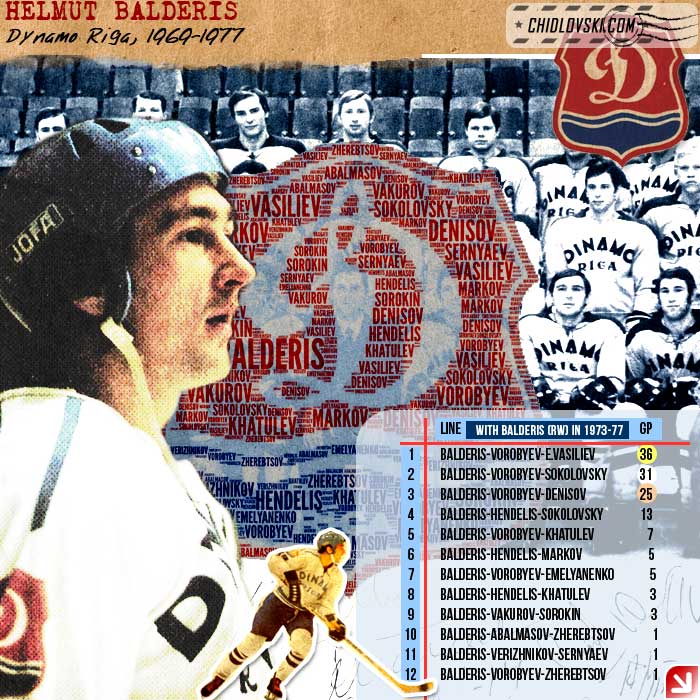 Here is a quick study of the hockey lines that Helmut Balderis played in his early years with the Dynamo Riga club fr0m 1973 to 1977 –  from  the first season of Dynamo in the Soviet Premiere League till the season of 1977-78 when Balderis was transferred to play for the Red Army in Moscow.

Dynamo Riga at the time was pretty much a team of Helmut Balderis,a young promsing super star caliber player, Viktor Tikhonov, an ambitious young coach from Moscow and 24 hard-working individuals who might have not been known to too many people outside their hometwon but who wore their Rigas  jersey with pride and determination.

On the list of Balderis linemates, some might recognize the name of Viktor Khatulev,  the first Soviet born and trained player to be drafted by the NHL (Philadelphia Flyers, 1975) and, perhaps, Peter Vorobyev who was an average grinder style player turned to be a notable coach in Latvia and in Russia.