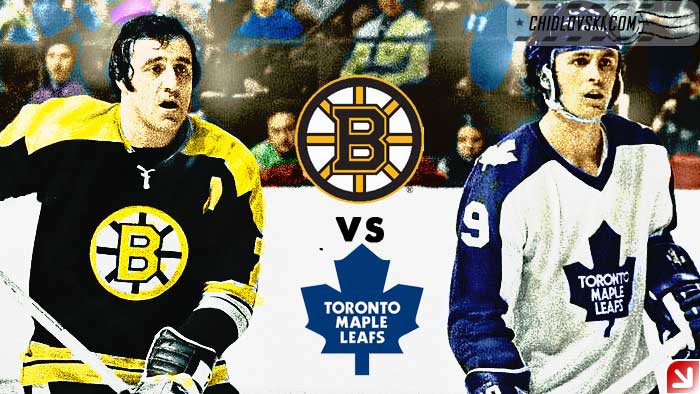 Do you like when the Original Six teams play vs each other?

Are you ready to support the team?

On the cover, Phil Esposito of the Bruins and Paul Henderson of the Maple Leafs are in action in the 1970s. Both played for Team Canada in the 1972 Summit Series.