Great season openers for the Bruins team in Columbus, OH!

Boston came back from 2 goal deficit and won 6-3.

They did great! The newly baked line Marchand – Bakes – Pastrnak did the scoring.

Marchand was a team “energizer bunny”. He scored 5 PTS (2G+3A). He played good 2-way hockey. Scored the GWG in the 3rd period and inspired the team and he fans.

Can’t wait till Patrice Bergeron gets healthy and comes back on the ice!

Too bad Crosby has to play in Pittsburgh now 🙂

Just some initial thoughts in a nutshell. 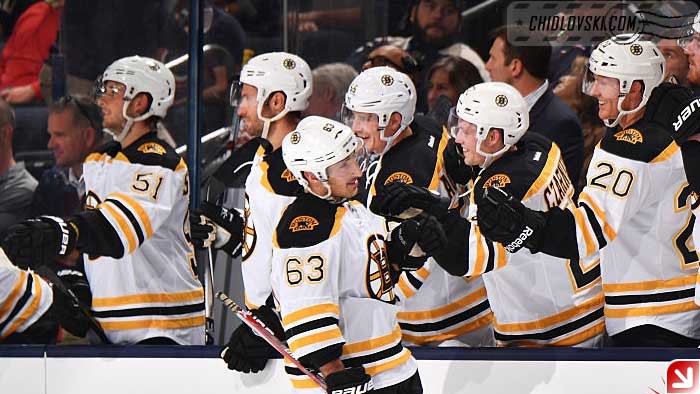