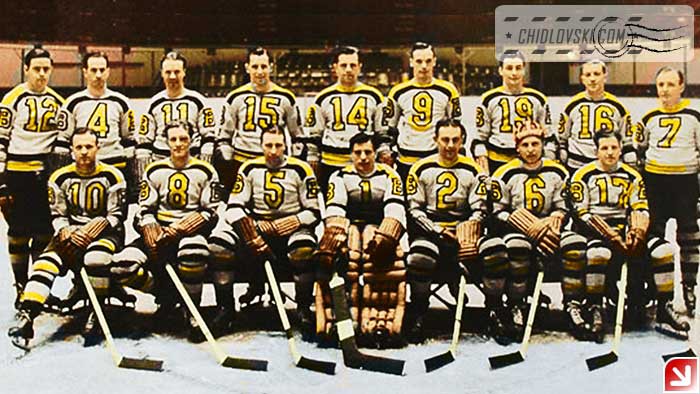 The cover photo introduces the reconstructed team photo of Boston Bruins  in the 1940-41 Season.

The team dominated the NHL with a 27-8-13 record. Between January and March, the Bruins lost just one game.  Bill Cowley led the NHL in scoring and won the Hart Trophy. In the playoffs, the Bruins came back from a 3-2 deficit to beat the Toronto Maple Leafs in seven semifinals games. In the finals, Boston  swept the Detroit Red Wings in four straight games and won their 3rd Stanley Cup (second in three years).