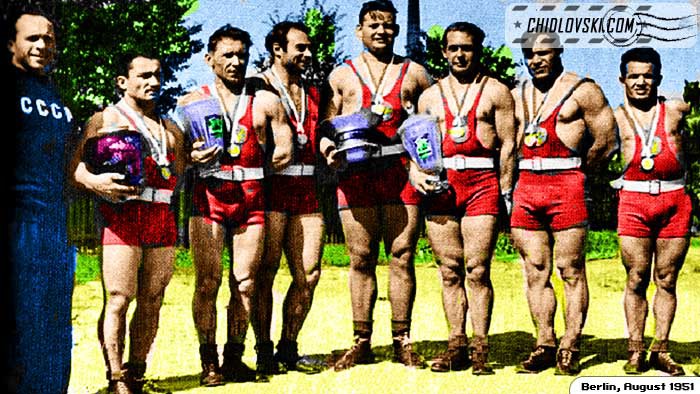 The Lift Up project continues its historical research of the past of Olympic weightlifting.

There is plenty of work ahead on restoring the statistics and visual artifacts from the history of this sport in the Soviet Union.

Pretty famous guys represented the USSR at that Universiada in Berlin, huh?

Note: Correction has been made in identification of the team coach. Special thanks to Mr. Leonid Pavlyuk of Angarsk, Russia.