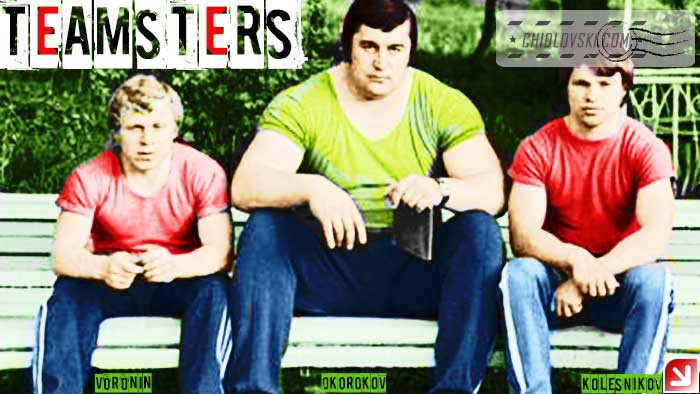 All three characters on the photo were team members of the Soviet national team in the late 1970s.

Right before the 1980 Summer Olympics in Moscow.

Super heavyweight Okorokov (110KG+) was a medalist of national championships and won USSR Cup in 1978.

The photo became a hit of funny pics in the Internet because of entertaining contrast in the size of the guys.

It does look comical. And it’s also a good promo for the sport of Olympic weightlifting.

Size doesn’t matter. Everybody can be a champion. Whether you are a 100-pound flyweight or a 300-pound superheavy, you can win the titles and earn medals and merits.