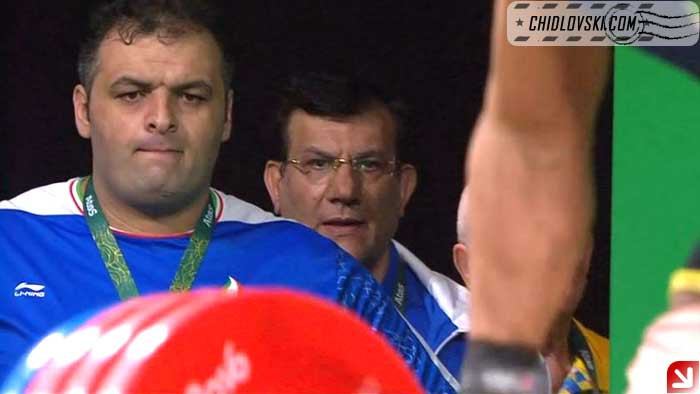 Sohrab Moradi, 27, took the first place in the 94KG class competition with 403KG (182+221) total. His lead poundage was 8KG over Vadim Streltsov of Belarus who took the silver medal last night. Lithuanian Aurimas Didzbalis won the bronze silverware in the class.

The gold medal in Rio is a comeback for Moradi after a 2-year suspension for doping violation in 2013. He improved his total by 15KG. Last night , after he secured the gold, Moradi had two unsuccessful attempts to set a new clean-and-jerk world record at 234KG.

Three athletes were disqualified from competing in Rio prior to the beginning of the tournament for doping violations. Brothers Adrian and Tomasz Zielinski were tested positive right before Rio and were sent home. Rauli Tsirekidze of Georgia removed from starting competition after post results of doping control from the last two Olympics.

Sarat Sumpradit had an outstanding 6-out-of-6 lifting in Rio and took the 4th place. He was 2kG short in total to win the bronze in the class.

More at Lift Up .