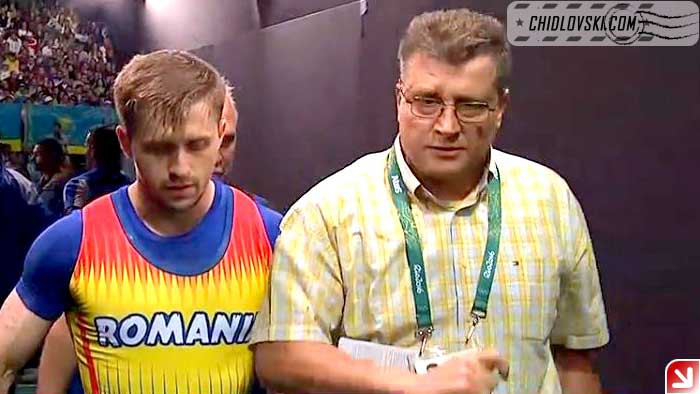 Olympic and World champion Nicu Vlad preparing Gabriel Sincraian of Romania during the competition in the 85KG class in Rio.

Half an hour after this photo was made, Sincraian won the bronze medal in Rio.