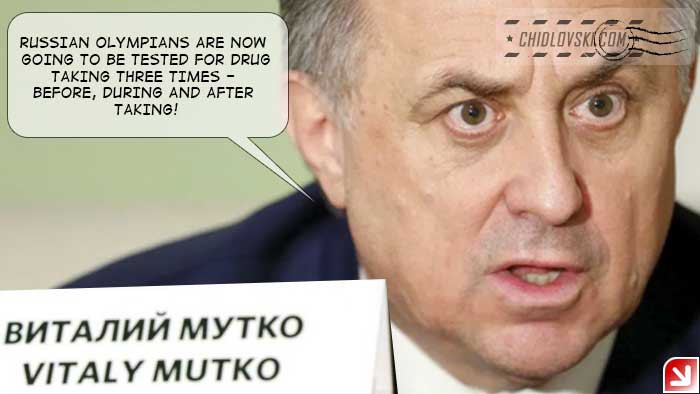 It was a transcription from English in Cyrillic alphabet typed for Mutko who had no knowledge of English whatsoever. It impressed even President Putin who was able to learn how to play piano, to deep sea dive or to play hockey within 24 hours or less.

Those were times of celebrations, jokes and loud laughter in Kremlin.

Now, with the meldonium scandals and Russian athletes being banned from Olympics, Kremlin rhetorics changed drastically.

“No more Games? No more games! Exterminate doping from our sports!” – with less than two months to the opening ceremony, Putin assigned Mutko to resolve the issue.

“Absolutely! Russian Olympians are now going to be tested for taking drugs three times -before, during, and after taking them!” promised Mutko this time.

Can the problem of doping in sports be resolved in 40 days? Only if we begin our reports with these “From de botom ov mai hart”…