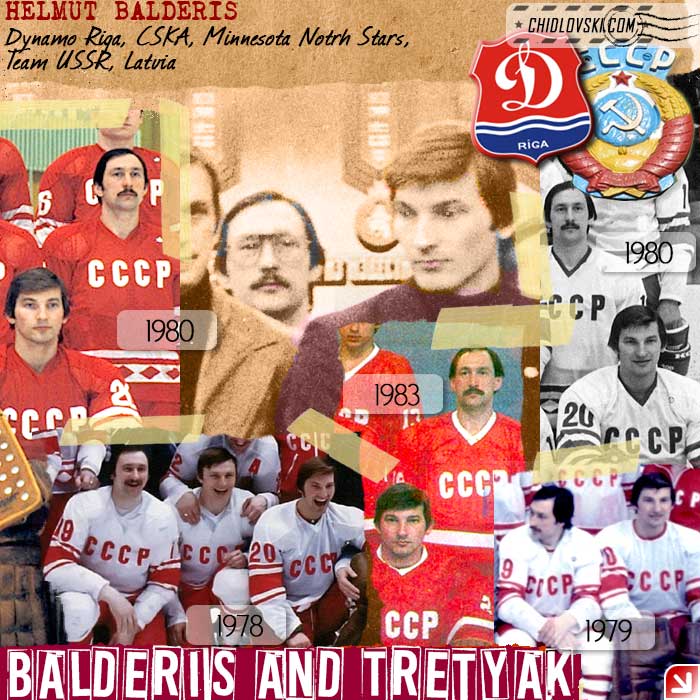 Vladislav Tretyak need no special introductions for hockey experts. He was one of the best goalies of the 1970s and 1980s and he played brilliantly versus the best offensive talent in the world.

My bet is that it was a huge relief for Tretyak. In his last season in Riga, Balderis managed to score 6 goals in 4 games against Tretyak. Some forwards never scored to Treyak in their career in hockey and Balderis scored 6 times in one season!

Just out of curiosity, look at the team photos of the Red Army and Team USSR. In most of them, Tretyak is seated right next to Balderis. As they used to suggest, better keep your worst opponent close to you. Worked in this case 🙂

The footage below show one of 6 goals scored by Balderis vs. Tretyak in 1976-77. The season turned to be one of the best for Balderis. He was selected as the MVP in the USSR bypassin such legends as Kharlamov and Maltsev, Yakushev and Mikhailov, Petrov and… Tretyak!