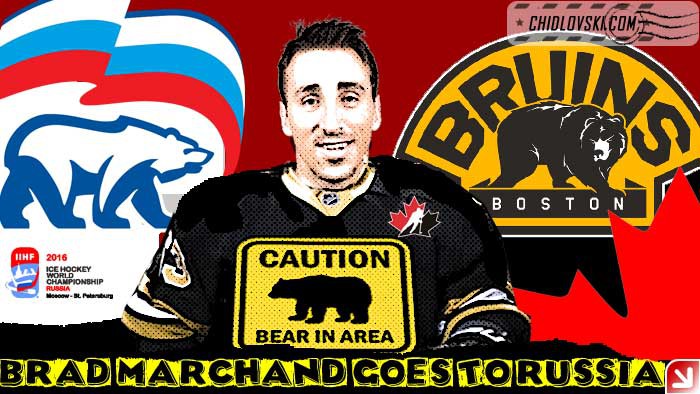 For those who loves hockey, Boston Bruins, international superstars, Boston Bruins own Brad Marchand is now playing for Team Canada at the 2016 World Championship in Russia.

So, far Team Canada and finest Bruins rep Brad Marchand are doing well. They are playing preliminary games in Group A in St. Petersburg and won 4 in 4 games. They played  against USA, Hungary, Belarus and Germany.

Here is the latest tid bid from Russia for visual folks. Brad Marchand is playing in Canada vs. Germany on Thursday night in St. Petersburg.