What To Do In the KGB When You Are Thirsty 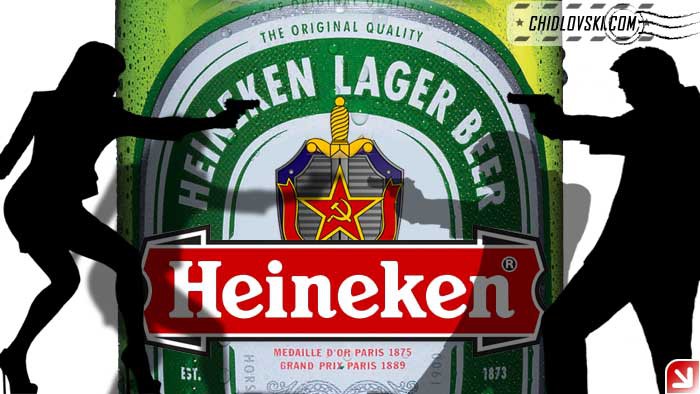 To be honest, I’ve never been asked to show my passport before entering the stage in the theater.

We are young funny and well-liked stand-up comedians in the late 1980’s and we are having a gig in the KGB headquarters on the Lubyanka Square in Moscow. A week ago our manager got an invitation from them for a 2-hour comedy show for the New Year party.

“A solid company, good pay,” – our manager tells us about the event.

“Solid company? Good pay?” – we are shocked. “Did you tell him that our jokes are not exactly KGB material?”

KGB people had never been considered as a good crowd for comedy and laughs. On the other hand, it’s a good pay…

The special guy checks our id’s before we enter the stage. It doesn’t matter that during the show you go back and forth many times.

I showed him my passport 3 or 4 times already. He still slowly opens my passport and checks my picture and id credentials.

I am not special. The rest of the stand-up guys are staying in line to show their passports too.

On the 6th verification, I ask him an innocent question:

“No” – the answer sounds like a shot in the air.

On the 7th time, he still follows the protocol:

“I am sorry, sir, is there a way I can buy a bottle of Heineken here?”

He looks into my eyes and slowly explains:

“I already told you. This is KGB and we don’t sell beer here.”

I go back to the stage with my entertainment routines to come back later and to be asked for the 8th time:

“Sir, don’t be mad at me but… Is there any way I can get a bottle of Heineken?”

I don’t know why he kept asking for my passport. He obviously remembers me:

“I already told you. This is KGB. We don’t have beers…”

“Sure… But, if it’s for work. You are in the basement. You try to work with those guys. Light in the eyes. It’s hot and sweaty, You are thirsty. And these guys don’t respond to torture. You turn around and here it goes. A nice and cold Heineken!”

I can tell he’s getting mad at me. My comedy mates step back leaving me and the guard one on one.

“No worries, sir. I am with you. Just wanted a bottle of beer.”

He lets me in on the stage. My stand up buddies don’t seem yo approve of my conversation with the guard.

It’s getting tense and not too funny.

On the 10th time, I hear the code words:

I show my passport and go to the stage. It’s theater. It’s my time to perform.

He turns around and brings a cold bottle of Heineken from some dark space behind the stage.

“My pleasure! Love your comedy!”

What to do in the KGB when you are thirsty?

Just ask for a drink. I guess.