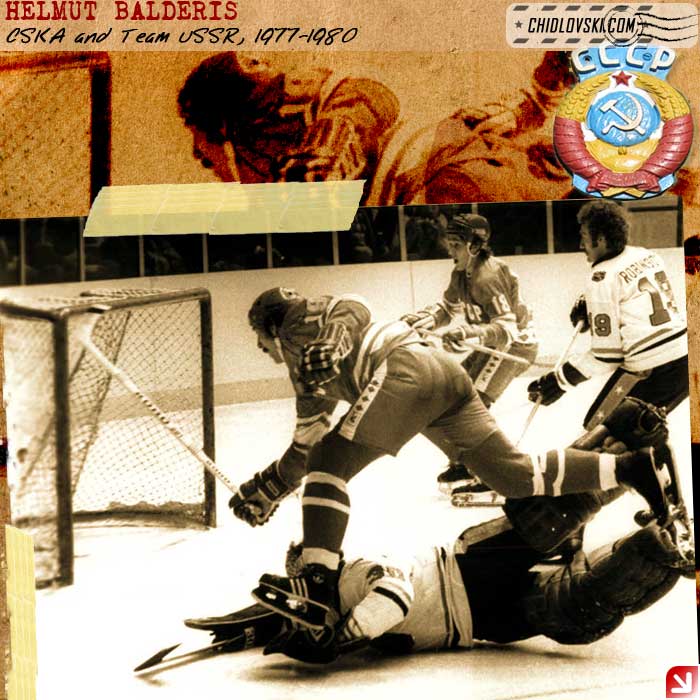 Helmut Balderis scores against Gerry Cheevers in Game 3 of the 1979 Challenge Cup on February 11, 1979 in NYC, New York.

This Sunday game was the third game of the NHL All Stars weekend turned into the 1979 Challenge Cup tournament between Team USSR and the best NHL players of the world.

Unlike the other famous NHL goalies of that era, Cheevers didn’t win much of individual trophies. In fact, he never won the NHL’s Vezina trophy which signifies the superiority in his craft in the League. In the Season 1979–80, he was a  runner-up for the Vezina Trophy.

With all these said, Gerry Cheevers was a superb goaltender. The clutch one. The one you would want to have on your team in the playoff games. The one that carried Boston Bruins to the Stanley Cup in 1970 and 1972.

In 1985, Cheevers was inducted into the HHOF in Toronto.

Just another blast from the past…

Special note:
The original photo reproduction is a courtesy of the WorldHockeyClassic.RU online collection.