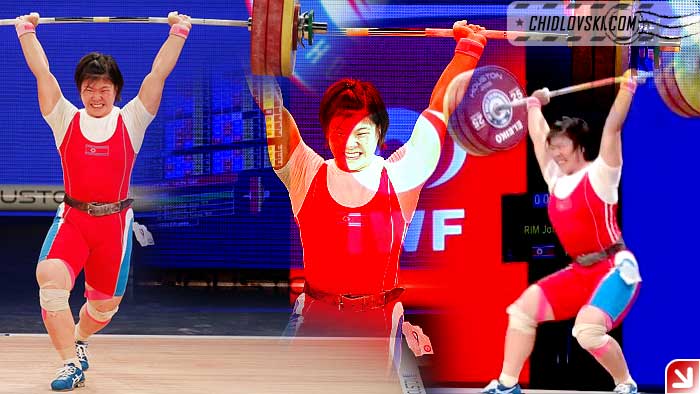 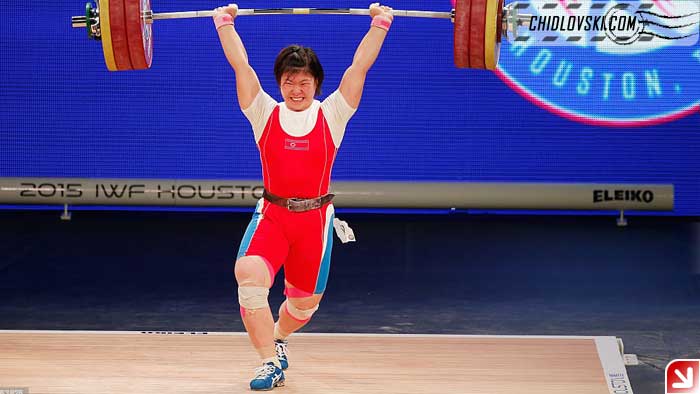 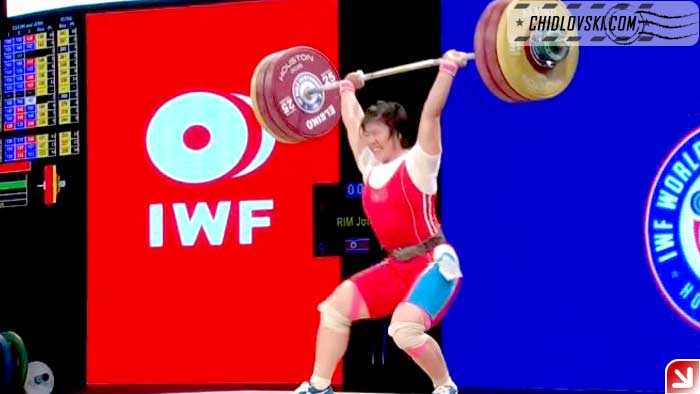 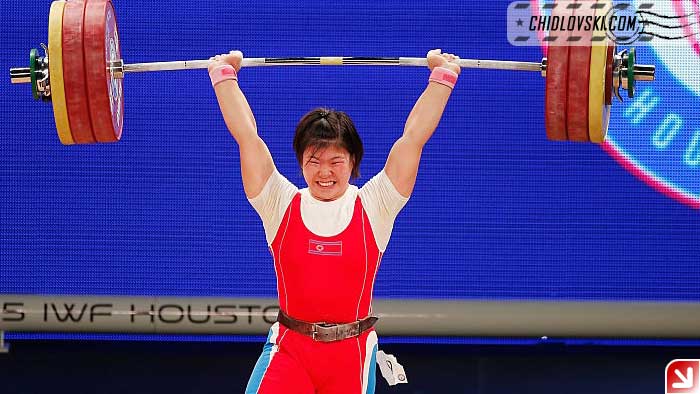 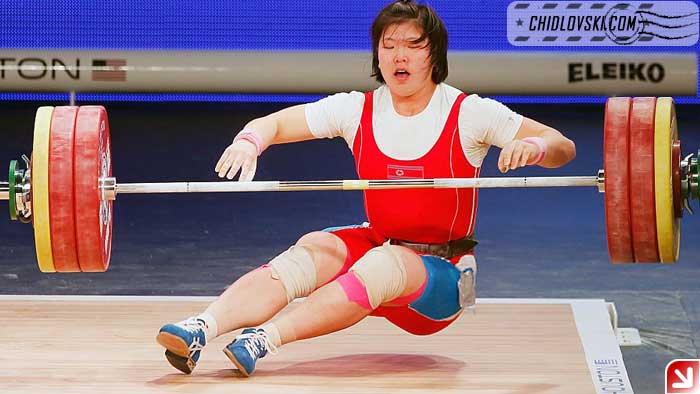 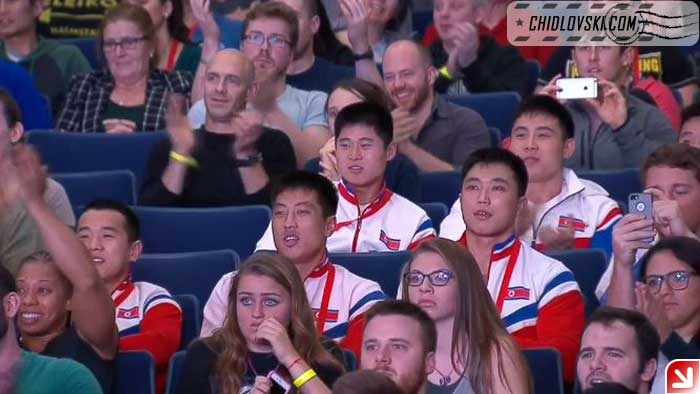 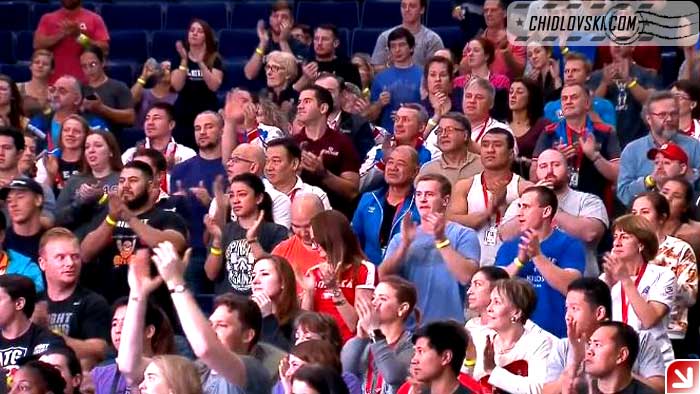 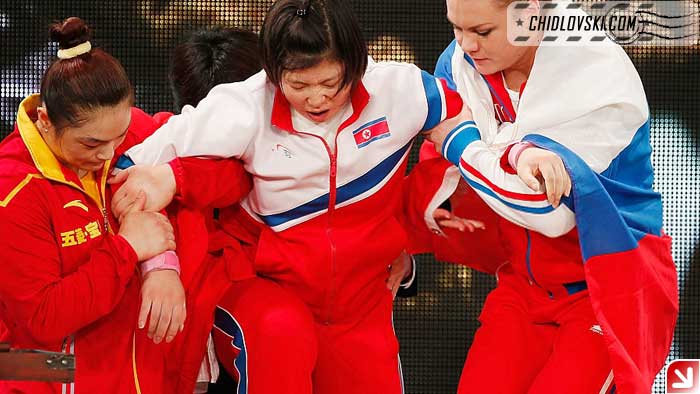 The story of the silver medal by Rim Jon Sim in the 75KG weight class (women) at the 2015 World Championship in Houston, TX USA  deserves a page in the history book.

I used to be a competitive weightlifter years ago and I’ve been following the sport of Olympic weightlifting for quiet a while. I saw moments of glory and sadness. It’s a sport and injuries and inspiring stories of victories despite being injured is a part of weightlifting. But I’ve never seen anything like Rim Jon Sim’s performance at the 2015 world.

Rim Jon Sim is only 22 and she  is already an Olympic champion in the 69KG class (2012, London). This year she moved up to a new weight class and had a very tough competition with big contenders ready to win another gold medal last night.

In the snatch program, Rim lifted 120, 125 and then went for 128KG which could have given her a chance to win gold medal in this lift. She failed to conquer 128 KG and got injured. She needed assistance to leave the platform – she couldn’t do it on her own. It was hard to tell what happened but looked like Rim injured her left hip and knee.

It looked bad and most didn’t expect Rim to compete in the clean-and-jerk program.

It was a surprise to see Rim again the training hall warming up for a clean-and-jerk. It was absolutely unreal to see her coaches calling her first attempt at 150KG! Rim literally lifted it on one leg. The clean was powerful but it was a life-and-death struggle when she was trying to hold the weight above her head in the jerk. Her left leg seemed unresponsive and the lifting hall froze in amazement watching it.

Now, the truth is that most of spectators attending weightlifting tournaments are either lifters themselves or coaches or former lifters or family members. So, these guys know what it takes to lift heavy. When Rim appeared on the platform again for the second attempt at 155KG (!!!) no one could understand what was going on. The 155KG lift went through the same scenario as the 150KG. Rim lifted it on one leg, struggled to hold it and after receiving the “down” command from the refs, she collapsed on the platform to be carried away by the assistants.

The audience gave her a standing ovation. Even her teammates from North Korea who don’t seem to be openly emotional stood up and applauded to Rim.

And guess what. It’s not the end of the story. Rim went for the third attempt at 157KG which would have given her gold. Please read “went” as a figure of speech. She couldn’t walk on her own. She cleaned it and failed in the jerk. She collapsed on the platform and had to be carried away again.

The goal of sports is to win. Everybody pays their own price for being a champion. In the end, Rim Jon Sim won three silver medals last night – in the snatch, clean-and-jerk and total.

As a medalist she also got a Stetson hat and a yellow rose of Texas.

She walked to the medal ceremony with the help of her competitors.

That was a well deserved yellow rose of Texas. 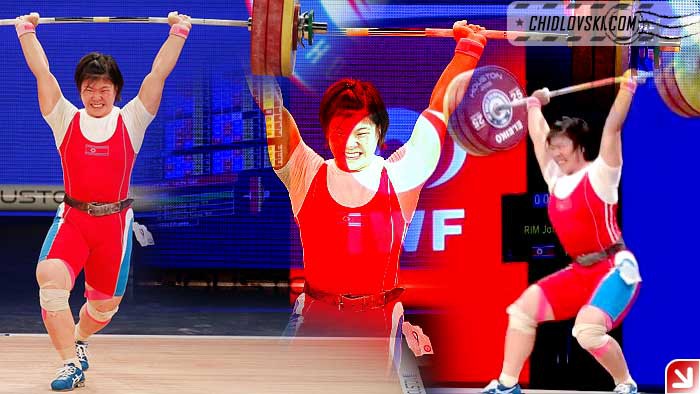 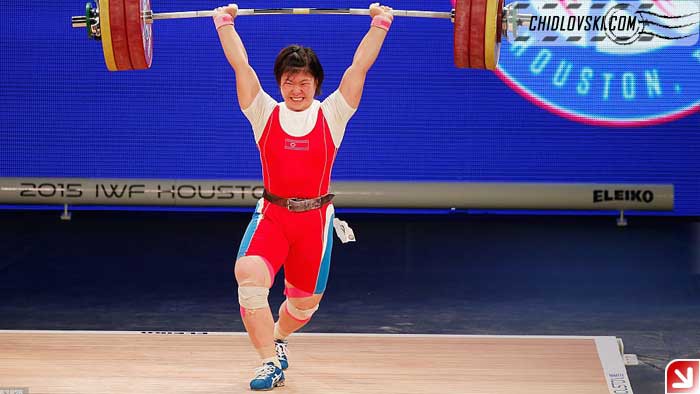 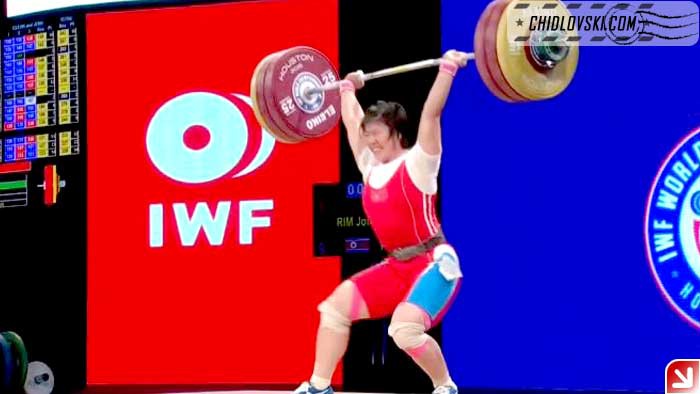 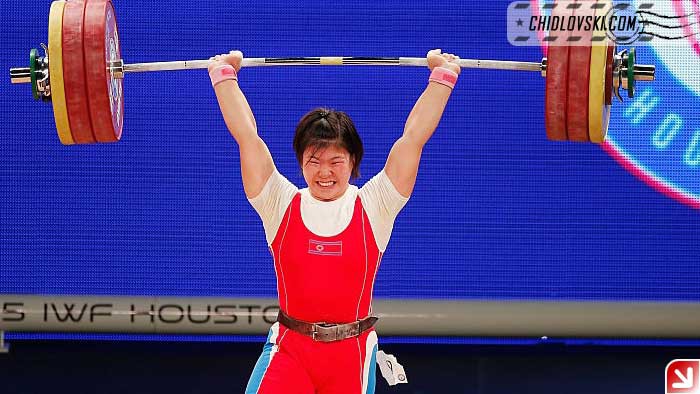 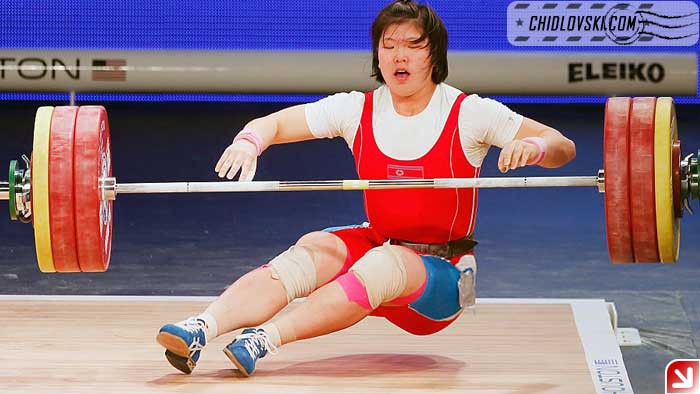 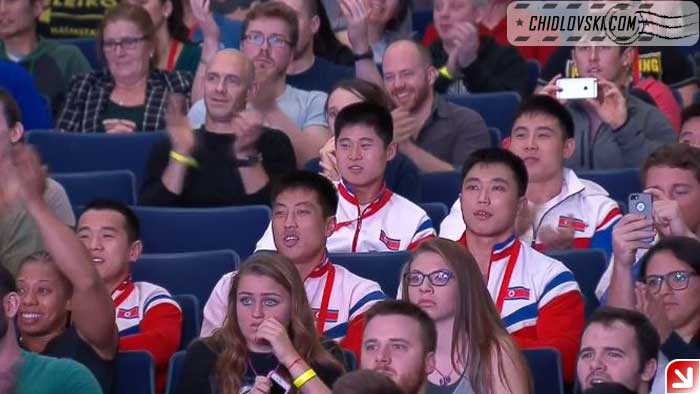 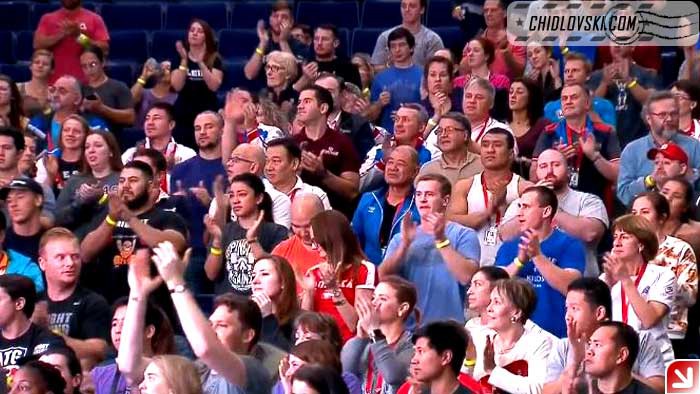 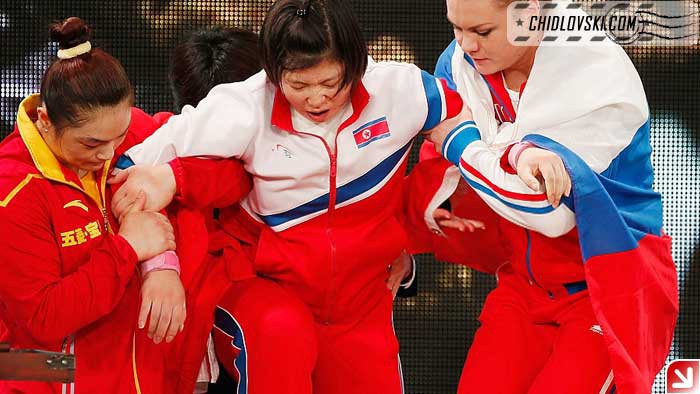