The Fountain That Never Gets Wet 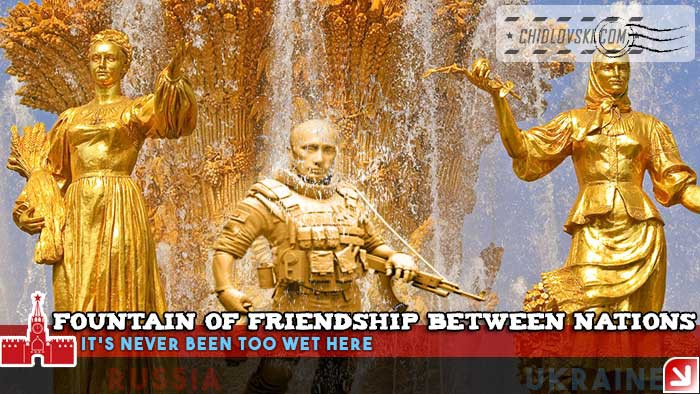 The Fountain of Friendship Between Nations is a real place in Moscow. Built in 1951-1954, it was supposed to glorify one of the triumphs of Stalin’s national policy, friendship between nations within the USSR.

Needless to say, relationship between nations has never been as glamorous and shining as gold on the Fountain’s sculptures. It’s never really been wet and cool in this fountain.

Today’s conflict between Russia and Ukraine is just a sad indicator that the tensions between “brothers and sisters” of the old Union are reaching its climax. The golden special ops guy with modern armor  between lady Russia and Ukraine can’t really glue the friendship back. Even if he is a look alike the current resident of the main office in Kremlin in Moscow.

Hope it’s not a point of no return.