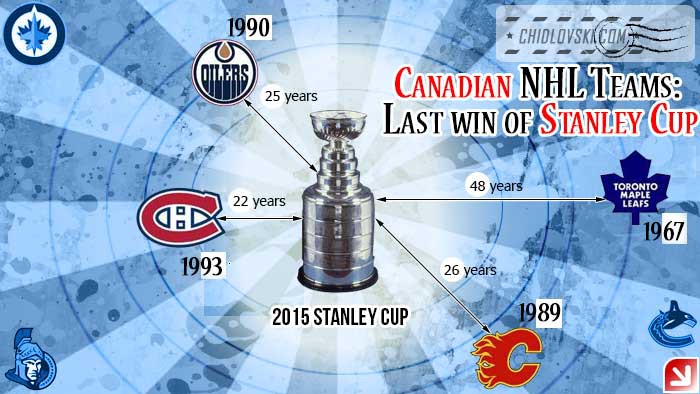 The evolution of the NHL has unquestionably benefited the league. It has meant more high-paid players, more stable teams on both sides of the border – including Winnipeg’s return – and a more competitive game. But it also, perversely, has meant more misery for fans in Canada.

The infographics above is based on stats and on interesting article and quote by Ken Dryden in The Wall Street Journal. One of the closest friends of our family, a Canadian from St. John once teased me:

“You, Arthur, should have become a Canadian, not Yankee!”